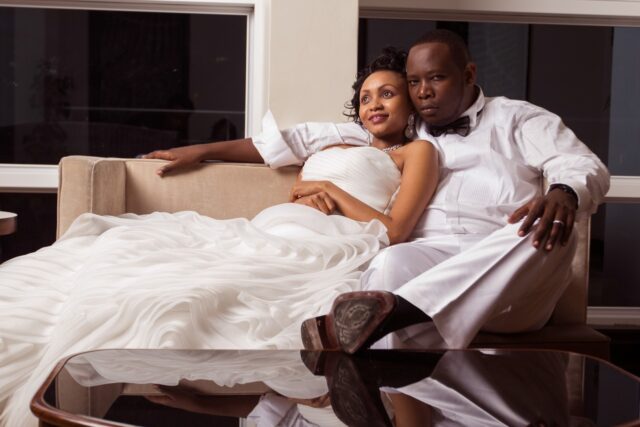 Veteran gospel singer Roy Smith Mwatia alias Rufftone has heaped praised on his wife Susan Njoki aka Krystal for the role she played during his brief stint in politics.

Rufftone was among budding politicians who announced their decisions to contest for various seats in the August 9 general election.

The gospel singer was seeking a United Democratic Alliance (UDA) ticket to contest for Nairobi senator before the party settled for Margaret Wanjiru as its candidate.

Before quitting the Nairobi senatorial race, Rufftone was actively engaged in political campaigns to drum up support for his bid.

Speaking during an interview with Citizen, the gospel singer described his wife Krystal as a strong woman who has held their family down throughout all his political endeavours.

“I was a musician for all those years, some of which I was away out of the country on tours. And then I came back home, ndio huyo mimi tena nikaingia kwa siasa and, again, nikawa sikai kwa nyumba sana.

“Lakini amekuwa tu mtrue, she’s stood by me all this while. She kept our family and held down our kids. I celebrate the woman that she is and has been with my whole being, words cannot be enough to describe how grateful I am to her,” he said.

Rufftone met Krystal in 2005 when she was still a budding musician. Their love blossomed and in 2012 they got married in a traditional wedding.

The two lovebirds got married in a colourful white wedding held July 26, 2014 at Kenya Assemblies of God church, Buruburu.

Rufftone joined politics early before he married Krystal. He is so passionate about politics that at one point he clashed with his brother Daddy Owen because they were supporting different political factions.

Related: The Real Truth About Daddy Owen Attacking His Brother Rufftone With A Panga

Lillian Muli Touched By Instagram Gentleman, Offers To Go Out On...

Titi Maasai - January 10, 2022 0
Lillian Muli was touched by one of her male fans on social media and she offered to take him out on a date without...