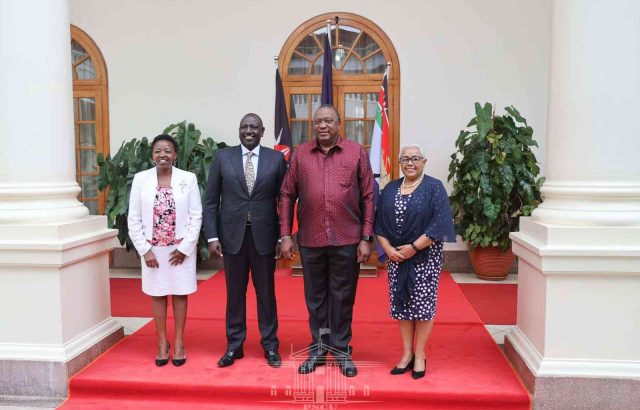 President William Ruto is yet to move into the State House in Nairobi which serves as the official residence of the Head of State.

Sources intimated to the Standard newspaper that even though Ruto is supposed to move into the State House, he was yet to move in because of renovation works.

According to the sources, the State House is currently undergoing renovations that could take about three months to be completed.

“The renovations at State House have started and may take about three months before the Head of State moves into its living quarters. In the meantime, he will continue using State House offices while residing at Karen,” the source was quoted as saying.

The source’s revelation comes shortly after Deputy President Rigathi Gachagua while speaking during an interview with Sophia Wanuna on KTN revealed that he was yet to move into the official residence of the Deputy President.

“Work is going on and in due course, I will move to the official residence but I need to digest the changes and all the things that are going around me.

“They are very momentous. I am yet to acclimatize, digest and accept the new situation and status. It was very overwhelming so I need to take a bit of time but in due course, I will be moving to the official residence,” Gachagua explained.

Pastor Jill - December 14, 2021 0
A South African woman, Jayla Brenae got shocked after finding out that the family photo which she took together with her two children and...