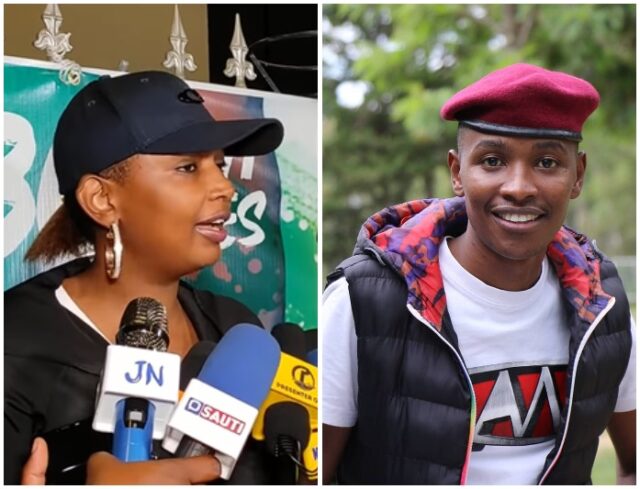 Samidoh picked up a fight with his baby mama Karen Nyamu and the whole thing escalated as she hit back hard.

The whole drama started after a fan advised Samidoh not to be a slave of his past and not to marry a second wife just because she has his kids.

The fan further called on Samidoh to focus on building his home with his first wife Edday Nderitu.

Samidoh responded to the fan by agreeing entirely with what they said.

The Mugithi snger further added that she can’t take a rogue woman to his parents just to impress people.

“I can’t accept to take a rogue woman to my mother just to please the crowd” Wrote Samidoh as translated from Kikuyu.

Samidoh’s response seems to be a direct affront at Karen Nyamu who didn’t take long to hit back.

Replying to Samidoh, Karen Nyamu said that her baby daddy’s opinion no longer matters to her.

“Hehehe ata yeye ajue kusoma the signs of the times. Gone are the days when it mattered what he says. The uhii I saw can not be unseen,” Karen Nyamu said. 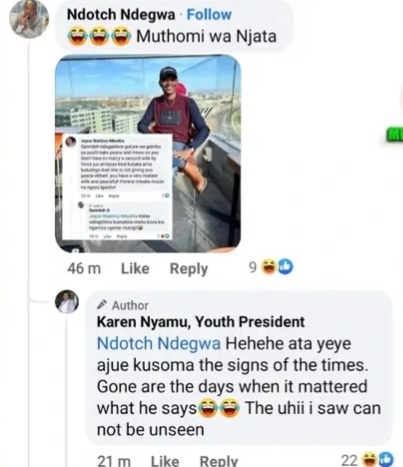 Singer Vivian Hints Her Husband Made Her Suffer Amid Breakup Claims