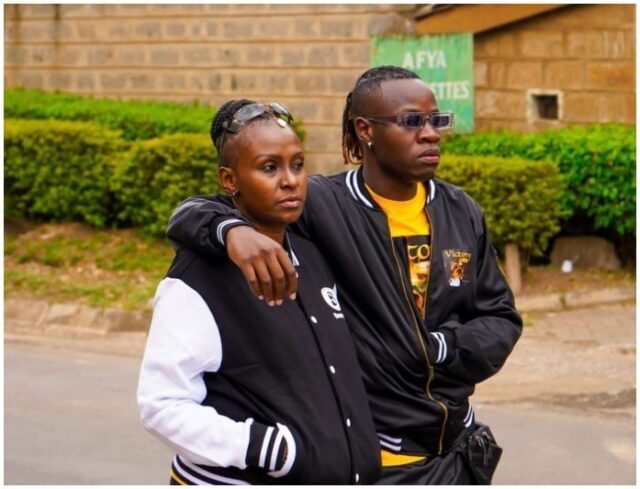 Guardian Angel’s wife Esther Musila painfully narrated the events of the day she will live to remember which happened six years ago.

The 52-year-old revealed that the darkest day in her life happened when she lost her mother.

Musila said she had just visited her mom at her rural home in Machakos county when she received a call informing her about her sudden death.

“Six years ago, a morning just like this one, I received a call that my dearest mum had passed away in her sleep. This was less than 12 hrs after my brother Fred and I had been to shags for the weekend. It was the darkest day in our lives. I still don’t know how we found the strength to drive to Machakos, it actually felt like a dream and we would snap out of it,” Esther Musila narrated.

Musila noted that God wanted her to spend last time with her mother alive before she passed on.

“I truly believe to this day that the Almighty worked it out in his own way and wanted us to spend the last hours of mum’s life with her,” she said.

The quadragenarian while eulogizing her late mother said that she taught her vital lesson about living her life to the fullest.

“You taught me to appreciate every single day of my LIFE and live like there is no tomorrow. I know you always got my back mum. Rest in Power my dearest mum. I treasure the LIFE we shared together. Mum, I honestly wish you had lived a little longer to meet the most wonderful man in my life now.”