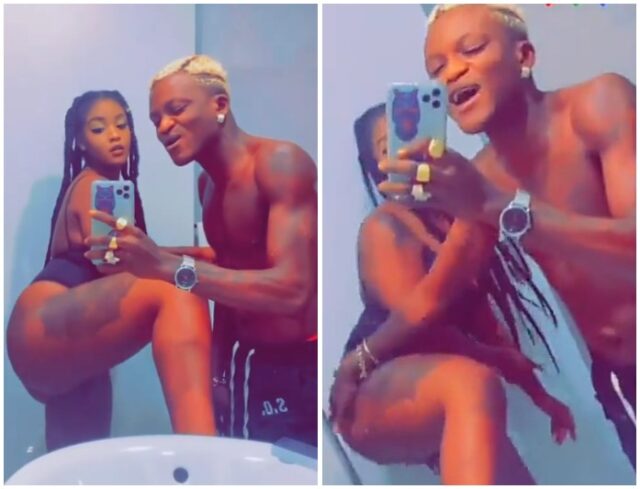 Shakilla, who is known to sleep with celebrities for money, has revealed that she is now charging fans who want to ‘chill’ with her.

During an interactive Questions and Answers (Q&A) session with her fans on Instagram, Shakilla revealed she charges Ksh12,000 to ‘chill’ for an hour.

Netizens suspected that Shakilla’s ‘chill’ was just a euphemism for s3x.

The controversial socialite was among three women who slept with Nigerian singer Portable in March 2022 when he came to perform in Kenya.

Videos showing the Nigerian singer flanked by three ladies in a room went viral on Twitter and other social networking platforms.

Shakilla was among the three women who warmed Portable’s bed when he came to Kenya. In one video, the socialite could be seen twerking for the Nigerian singer in his room while he was addressing himself as her “daddy.”

In another video, Shakilla could be seen flashing her panties as commanded by Portable. There were claims by Nigerian blogs that the fast rising singer slept with the three women without using any protection.

Shakilla is however unapologetic for smashing Portable. The socialite stressed that all that matters to her is that she was paid.

“Secure the bag. The rest are sideshows,” wrote Shakilla on Instagram.

Two months later, the socialite popped back on social media and explained that she was forced to live a private life due to the threats coming from the people from the village.

Amber Ray: Am Raising My Son Better Than How My Parents Did When Bringing...

Ageing Like Fine Wine! Sheila Mwanyigha Reveals How She Has Managed To Keep Old...

Corazon Kwamboka Reveals What Frankie Did To Her To Cause Their Breakup, Deletes All...