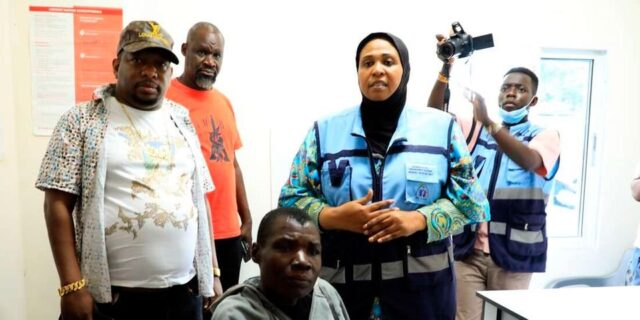 Sonko decided to help Conjestina one more time after her son Charlton Otieno reached out to him.

After admission to the Mombasa facility, Sonko vowed to continue supporting Conjestina after she recovers.

“I was approached by Conjestina’s son, Charlton Otieno, who reached out to me requesting my help as he decried financial constraints in the family. We do not want this to continue in the future and that is why we have agreed with the family we shall offer her employment after discharged,” Sonko said.

The former Nairobi governor also demanded that Conjestina’s family play their role in helping the sickly boxer as he plays his.

From Kibera To The World! Stivo Simple Boy Makes Waves In...

Ray G - May 27, 2022 0
Stivo Simple Boy has just gone international thanks to Italian football club Roma which is managed by Jose Mourinho. Mourinho made European football history as...