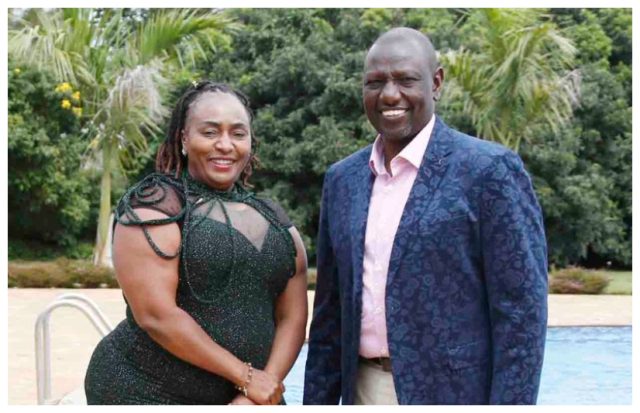 Private investigator Jane Mugo claimed that she had been assured of being nominated a Cabinet Secretary (CS) in president William Ruto’s new government.

Speaking during an interview with Tuko, Mugo alleged that she is being fought by cartels who are blocking her appointments.

She said that she had been nominated by United Democratic Alliance (UDA) to the Kirinyaga County Assembly but her name was dropped at the last minute.

“I was on the nomination list of Kirinyaga county assembly but someone removed my name,” Mugo said.

She further claimed that the same cartel had her name removed from the list of new CSs that were appointed by Ruto.

“Again I was to be put appointed Cabinet Secretary (CS) but they fought it,” she added.

Mugo also claimed that there were other appointments to the licensing board, National Social Security Fund (NSSF) but they were all thwarted.

“They say I am tough and will disturb cartels. I don’t need an appointment to serve the community,” she lamented.

Mugo maintains that Ruto promised her a position and she is optimistic that she will get it.

“He said I wait but have informers telling me there is fire. Some people want to reward cartels they can control,” she said.

Jane Mugo was eyeing to win UDA ticket for Kirinyaga Woman Representative. In the nominations, Ms Mugo came a distant third after she garnered 14,178 votes. The winner was Ms Jane Njeri Maina 28-year-old lawyer who got 35,624 votes while the second one was Ms Ann Githinji who accumulated 33,924 votes.

The spy queen said that she will go on supporting UDA despite being ‘rigged’ in the primaries.

Sharon Mundia Reveals Why She Avoids Alcohol After Divorcing Ex-Hubby Who Drunk Like A...

Nameless: I Would Be Dead If I Didn’t Change Seats With E-Sir