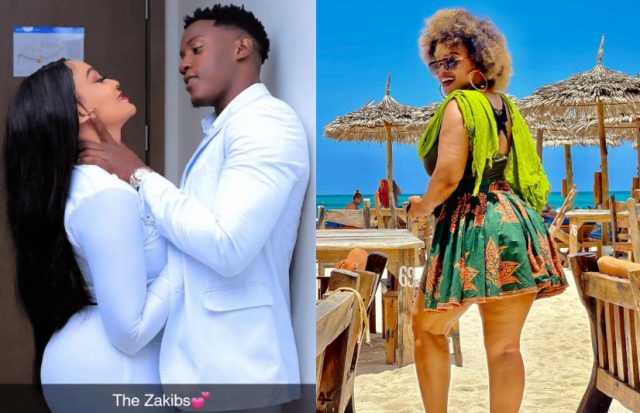 TV personality Dianah Nabatanzi notes that Zari Hassan’s biggest weakness is falling in love with men who end up heartbreaking her badly.

“The challenge she (Zari) has, whenever she loves, she loves hard. Haven’t you met people, whenever they fall in love, it’s like they’ve never fallen in love before?” Nabatanzi noted.

“Zari will forgive us, but she is a public figure, so we’ll use her as an example. I’m always wondering, doesn’t she get satisfied with love? That woman, when she loves, she really loves,… she comes full swing… By the way, that’s good. People like Zar, who don’t get tired of loving, you are the right person… Because when you stop loving, you will hate yourself.”

Zari Hassan has dated multiple men since her breakup with her baby daddy Diamond Platnumz on February 14, 2018.

Diamond also accused Zari of having an affair with her Kenyan personal trainer while the they were still in a relationship.

Zari got married to King Bae on Mandela Day July 18th 2019. She quickly moved on with Frederick Naumah after her marriage hit rock bottom.

After Naumah she hooked up with GK Choppa and all was well until she they broke up and deleted his photos from social media.

It was after Zari broke up with GK Choppa that she started publicly dating Shakib Cham Lutaaya.

Manzi Wa TRM Admits Her Boyfriend’s Ex Mylee Staicey Is Hotter Than Her But...

“I Walked Away From The Worst Thing That Happened To Me” Annitah Raey Proudly...