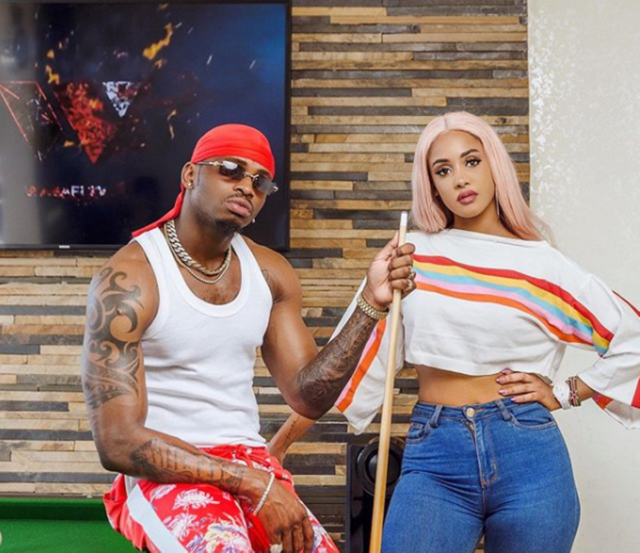 Tanasha Donna has dismissed claims that she was dumped by her baby daddy Diamond Platnumz, insisting that she has never been dumped by any man but rather it’s her who ditches her exes.

The mother of one opened up about her failed relationships while engaging her fans on Instagram Live session.

Tanasha spoke about her failed relationship with Diamond after a fan sought to find out what caused their breakup.

The mother of one hinted that their relationship was toxic and she ultimately decided to leave.

“I love my boundary. I like to have my own space unless I get married. And anyway, I like to still have my own life because being in love, and when you love someone, it doesn’t mean that they belong to your whole world. You are part of my world, not my whole world, because I have friends that I love. I have my family. I have my relationship with Allah, and I have my child. I have a whole other side of me, so you become part of my world. You can’t be my whole world, and that’s where things get toxic,” Tanasha said.

Related: Tanasha Reveals Why It Has Been Very Hard For Her To Move On After Breaking Up With Diamond