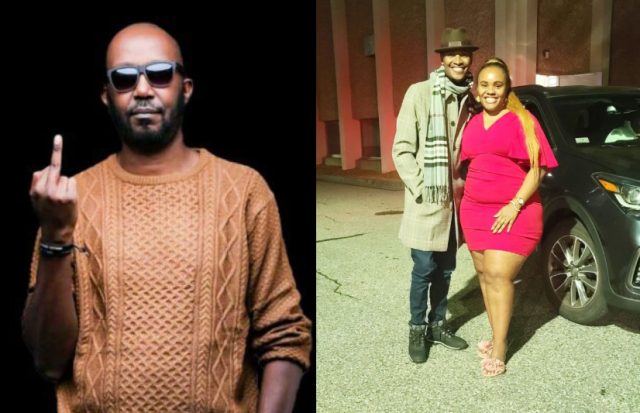 Andrew Kibe hit out at Samidoh for having many casual sexual relationships with women all over.

Kibe was responding to a question from his fan who asked him what he thought about the ongoing drama involving Samidoh, his alleged side chick Bernice Saroni and his baby mama Karen Nyamu.

While responding to his fan, Kibe noted that he invited Samidoh to his house in Austin but the Mugithi singer refused because he wanted to be in the company of women who were with him.

Kibe described Samidoh as the most ‘d$ck driven Kikuyu man’ in a video he shared on YouTube. 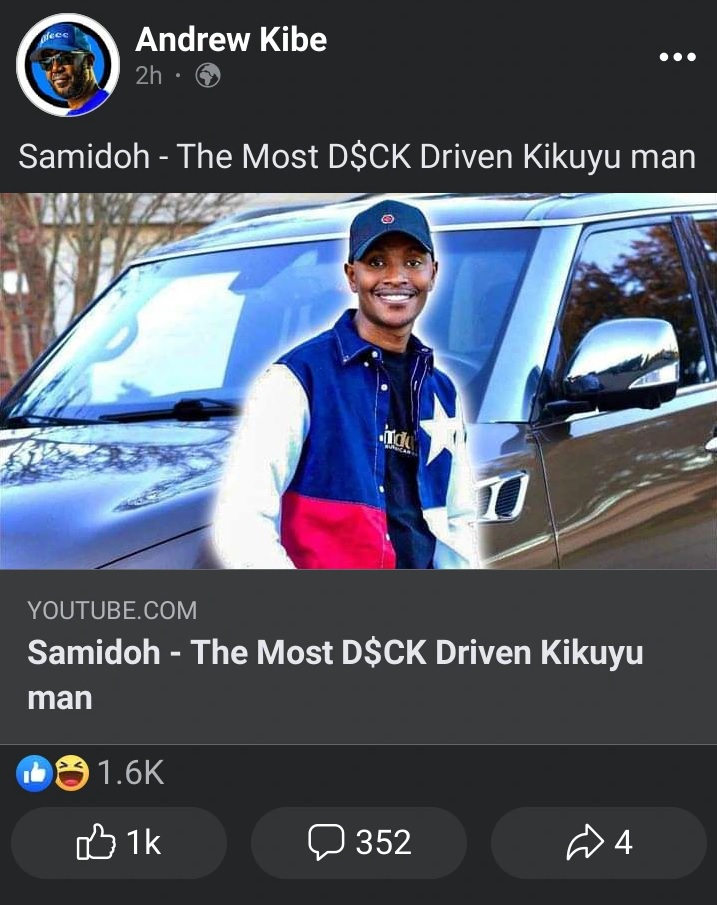 “He was here in the States and he was going to Houston. Dallas iko pale na Houston iko hapa and unawezapita Austin. So I told him take a day off come here to Austin let me host you I take you round you see Austin.

Samidoh rudely dismissed Kibe’s accusations in a quick rejoinder. He noted that there was no way he could have gone to Kibe’s house in Dallas since he is staying with a sugar mommy who maintains him. 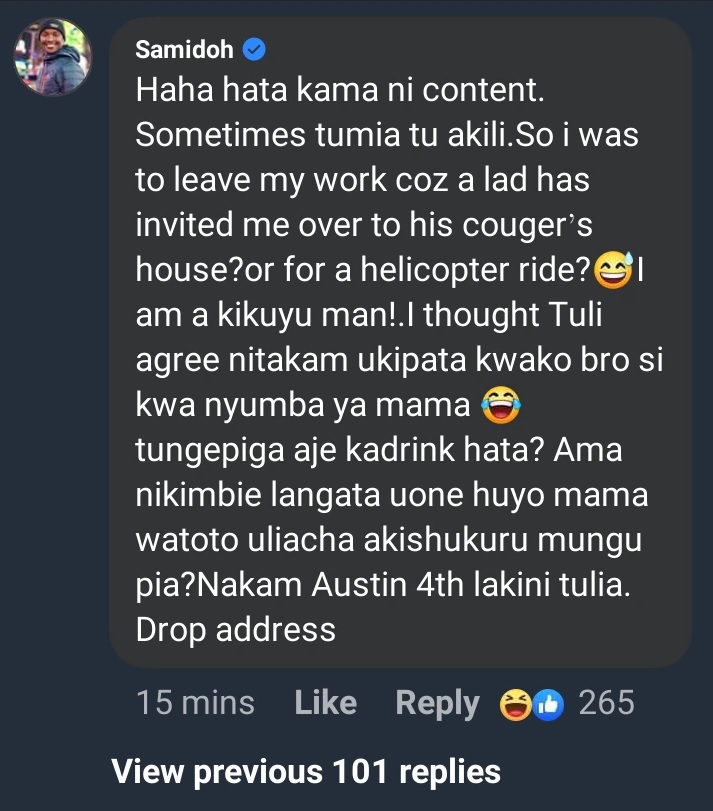