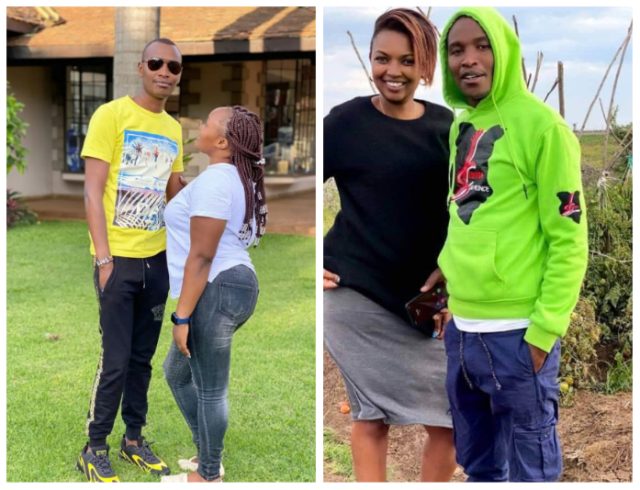 The mother of three recently asserted her position as Samidoh’s second wife while responding to a critic who castigated her for eloping with with Eddah’s husband.

The whole drama started after the United Democratic Alliance (UDA) Nominated Senator shared a photo she posed with other lawmakers.

Commenting on Karen Nyamu’s post, internet user identified as Jaylo Njeri noted that the Nominated Senator should elope with politicians of her class instead of ‘stealing’ a common citizen’s husband.

Karen Nyamu reacted angrily to Jaylo Njeri’s comment, insisting that she part and parcel of the family the critic claimed she had destroyed. 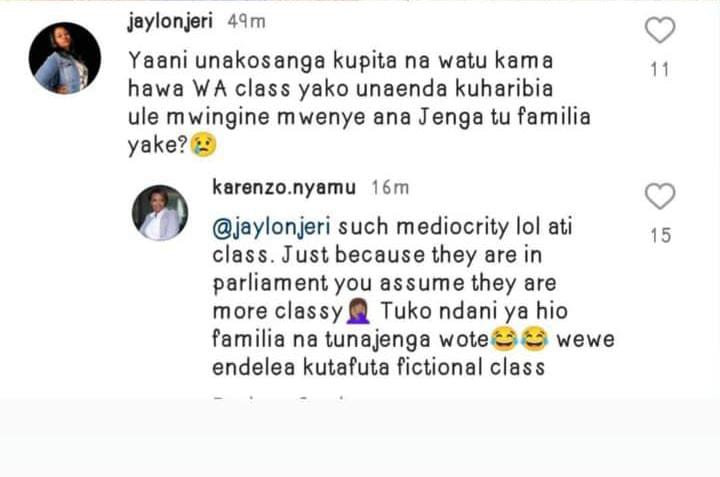 Karen Nyamu and Samidoh have had an on/off relationship for a long time, albeit in secret at the beginning.

Despite initially denying that they were in a relationship, the two were blessed with a son together in November 2020. Karen confirmed Samidoh as the father of her son in February 2021.

On February 26, 2022, Karen gave birth to her second child with Samidoh.

Nyamu and Samidoh served couple’s goals on September 8, 2022, as they jointly attended the swearing-in ceremony of lawmakers in Parliament.

Samidoh recently accompanied Nyamu to the Senate for her swearing-in. They also tagged along their children.

After serving couple’s goal in Parliament, former Nairobi governor Mike Sonko came out to reveal that he was the one who hoked up the nominated senator with Samidoh.

Related: Sonko Confesses That He Helped Samidoh Cheat On His Wife With Karen Nyamu

4 Times Amber Ray Eloped With Other Women’s Husbands, Even Using Witchcraft To Ensnare...

Churchill Sheds Light On Strange Disease That Caused His Colleague Maina Kageni To Be...