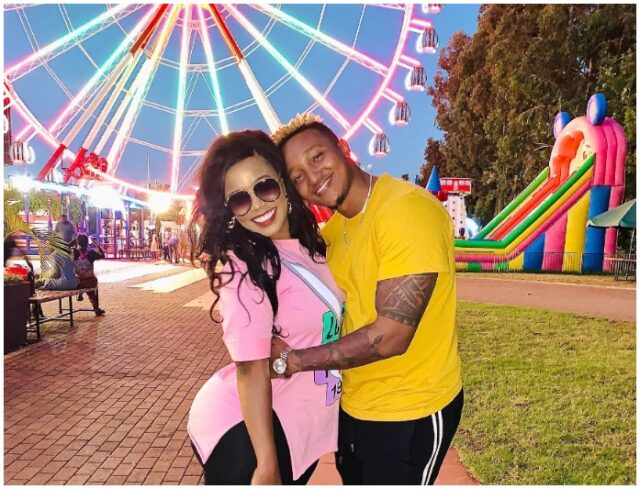 Vera Sidika has been urged by her fans to part ways with her husband after she opened up about their marriage.

Sidika and her husband Brown Mauzo quickly settled down in marriage after dating for a short period of time in 2020.

A month later in October 2020, Vera came out to announce that she had already married the Coast based singer.

Vera and Brown were blessed with their first child together in their wedding anniversary month, she gave birth to baby Asia Brown on October 20th 2021.

“These IG streets so boring these days. Hakuna drama too dry,” wrote Vera. 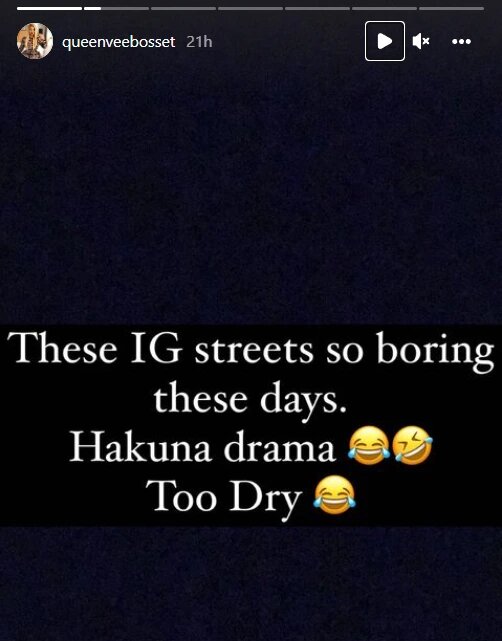 Vera’s fans quickly suggested that social media is so boring because she married Brown Mauzo and stopped being ratchet like before.

A fan urged Vera to break up with her husband even if it’s just for one week so that the ensuing drama can keep social media interesting again. 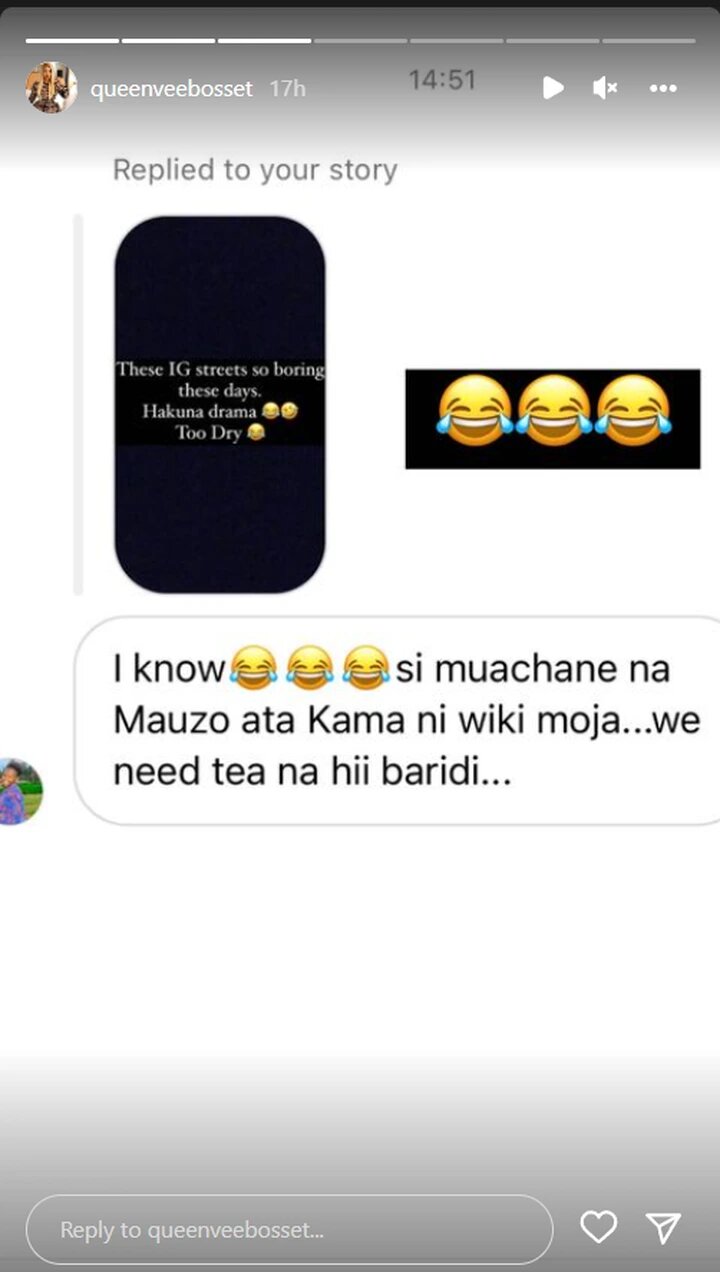 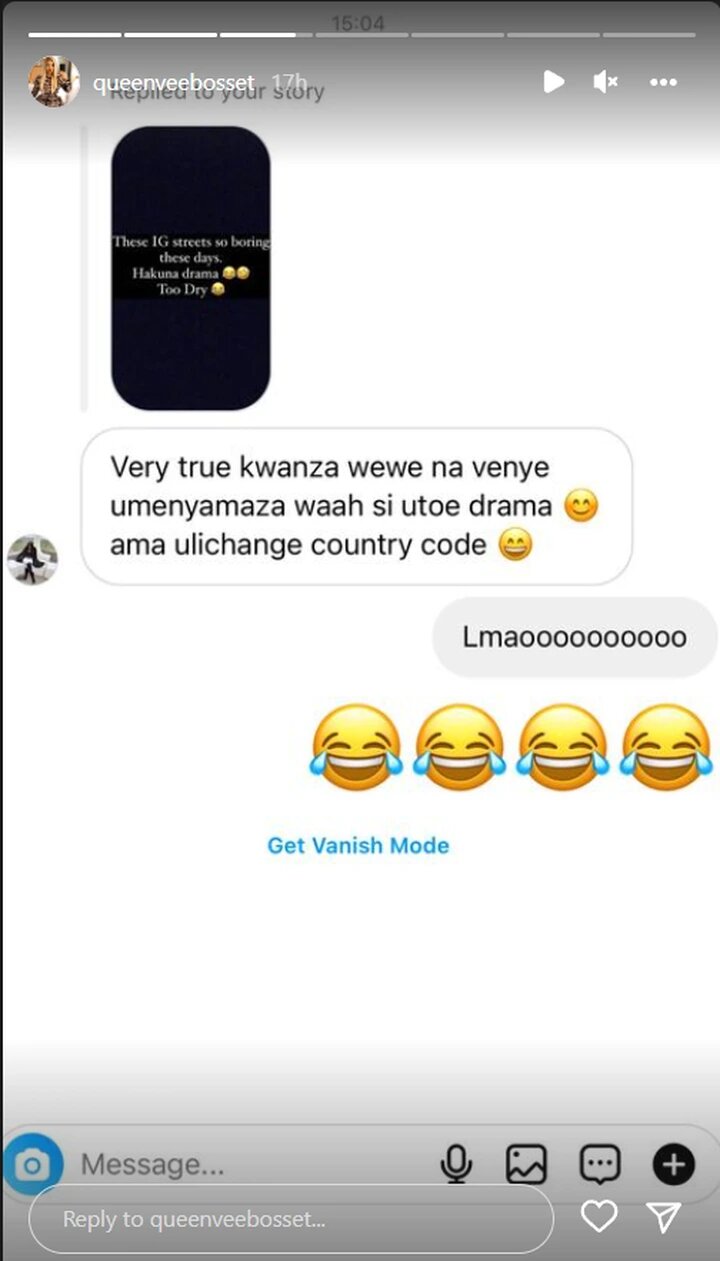 Vera Sidika has been flying below the radar for quite sometime, before marriage and motherhood she used to set the internet ablaze with a steamy dance videos and racy photos.

Her fans fear she could be reduced to a washed-up celeb like many other former socialites who are no longer famous.