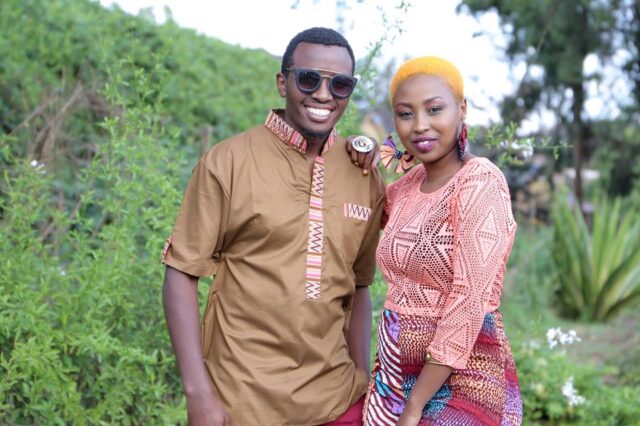 Sultry singer Vivian Wambui was reported to have parted ways with her husband Sam West due to irreconcilable differences.

Unconfirmed reports indicated that Sam and Vivian went their separate ways after moving out of their matrimonial home.

However, Vivian has neither confirmed nor denied the rumours only adding speculations about it.

In a recent post on social media, Vivian revealed that she was battling depression while hinting that her situation was caused by domestic abuse.

“Today I speak as 1 out of millions of very strong women. Intelligent, driven, ambitious you get the drift. Some of you can tell that something happened externally that forced an internal shift within me. If God wills I will soon share what transpired.

“All my life has been about searching for answers and I reached the breaking point and it became a life or death decision.

“In all truth, I am not seeking sympathy or pity.

I am sharing a simple story needed for me and you in this generation. I have seen God fight for my life and I have been stubborn, yet His love for me remains overwhelming. That’s all,” she wrote.

“This What You’re Missing” Tanasha Strips Down To Tiny Bikini To...

Pastor Jill - December 30, 2021 0
Tanasha Donna Oketch decided to parade her ravishing body in a tiny black bikini as she enjoys quality time in Mombasa ahead of new...