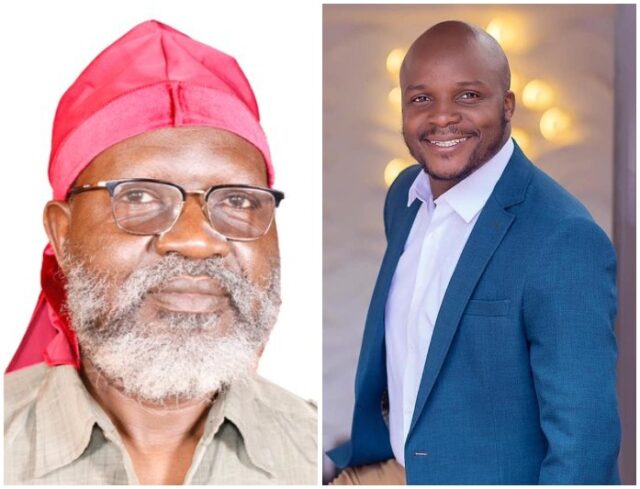 Jalang’o picked up beef with Roots Party presidential candidate Prof. George Wajackoyah after he dismissed his bid to be the next head of state.

The Lang’ata MP hopeful scoffed at Wajackoyah’s State House bid and labelling it as ‘short-lived hype’.

Speaking during an interview with YouTuber Mungai Eve, Jalang’o dismissed Wajackoyah’s candidature on grounds that he is inexperienced compared to other presidential candidates, nothing that the hype surrounding his bid would wane after the August polls are set and done.

The Roots Party presidential candidate hit back at Jalang’o in a quick rejoinder while speaking in an interview with Tempire TV YouTube channel.

He called out the Lang’ata MP hopeful noting that he was too young to be giving him political advice.

“Jalang’o is a cerelac kid. I am old enough to be his father and since he has mentioned my name I hope he comes up short in the race for Lang’ata MP. How can you talk to your father like this?” He posed.

Wajackoyah further questioned Jalango’s education qualifications even though the Lang’ata MP hopeful has been cleared by the Independent Electoral and Boundaries Commission (IEBC) to vie in the August 9 poll.

“We want to know where he (Jalang’o) got that degree,” Wajackoyah stated.

Related: Comedian Vinny Baite Recalls How Jalang’o Nearly Killed His Career Back In 2019

Karen Nyamu To Samidoh: Grow Some Balls And Support My Political...

Pastor Jill - March 27, 2022 0
Karen Nyamu has challenged her estranged baby daddy Samidoh to support her political campaign as she seeks to be next senator for Nairobi county. Samidoh and...