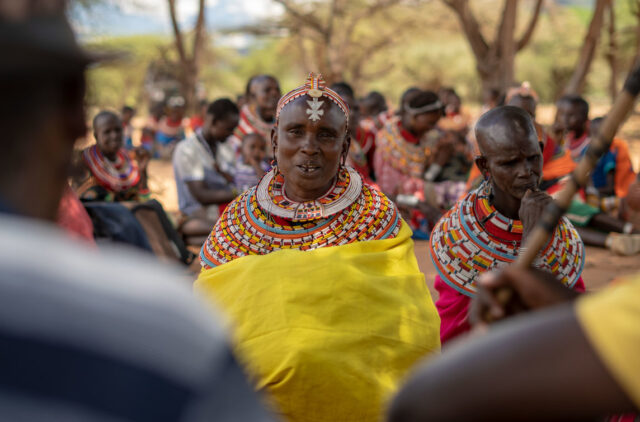 Kenya is a diverse country with over 42 communities. These communities have unique cultures, histories, and ways of life.

Here are some of the richest Kenyan communities;

Kikuyus are one of the richest people in Kenya thanks to their hardworking nature and high level of civilization. The main source of income among the Kikuyus is agriculture and business. They strive very well in business because; first, they don’t fear taking risks so long an idea can bring good money; secondly, they are not heavy spenders; fourthly, they believe every coin counts, and lately they work hard in their businesses.

With the business-oriented mentality, the community has produced a lot of billionaires in the country.

Kalenjins have accumulated most of their wealth from agriculture. The community has a vast amount of land suitable for agriculture and cattle rearing. Most of Kenya’s grains and milk come from the Kalenjinland, Rift Valley.

Other than agriculture, Kalenjins have also accumulated their wealth from sports where they have dominated the country’s athletics.

The Kisiis’ main source of wealth is business and agriculture. People from this community have ventured into cash crop farming and dairy farming which gives them good money. In the business sector, they have done well too. The country’s transport sector has been dominated by the Kisiis who own major transport companies such as The Guardian Angel bus service, Ena Coach, and Transline bus services among others.

The Gusii community has also ventured into foreign jobs. Most of the Kisii are either in America or Europe working. The money they earn abroad they sent back home for their relatives in the village to invest with.

Kambas are traditionally traders. They are capable of moving long distances trading their goods just to earn a living. Other than trade, the Kamba people also practice agriculture making them the largest mango growers in the country.

The Maa community has majorly drawn their huge wealth from farming and livestock keeping. They also own huge tracks of land.

The Somalis who are mostly found in the North-Eastern part of Kenya are also another group of hardworking Kenyans. Apart from being cattle keepers, the Somali are good businesspeople, which is evidence of how they have dominated Nairobi’s Eastleigh area where businesses strive very well.

Though traditionally they used to depend on fishing to earn a living, the Luo community has gradually transformed into other activities to earn money. Most people from this community have accumulated their wealth through white-collar jobs as the community resolved into education as their major way of survival.

The Luhyas have majorly accumulated their wealth from agriculture. They have indulged in maize farming, tea growing, sugarcane growing, and dairy farming among others. Other than agriculture, the Luhyas are also good at business and sports.

Karwira Laura Expresses Excitement Of Moving To UK After Quitting Her Job At Citizen...

Chipukeezy Comes Clean On Why He Silently Left NACADA