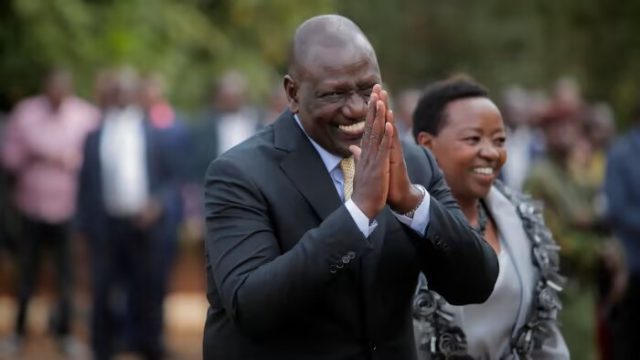 Willis Raburu has cautioned President William Ruto to be very mindful of the people he appoints to cabinet positions.

Raburu particularly told Ruto to be very careful about who he chooses as Cabinet Secretary for Sports.

The Citizen TV reporter said the Sports Ministry is at the heart of young people in the country and as such Ruto should choose a very competent person.

“As we wait for President William Samoei Ruto to set up his cabinet plus the new posts he announced it will be very critical among others, to see who will be named CS SPORTS! This time it must be taken “extra seriously” the young people of this country are watching and waiting!

“As my pal Steve of @shineinsparkles says;Get a person who understands sports administration, someone with a background in talent management, infrastructure management and someone who understands the problems within the sporting world. Most importantly a new face,” Raburu wrote. 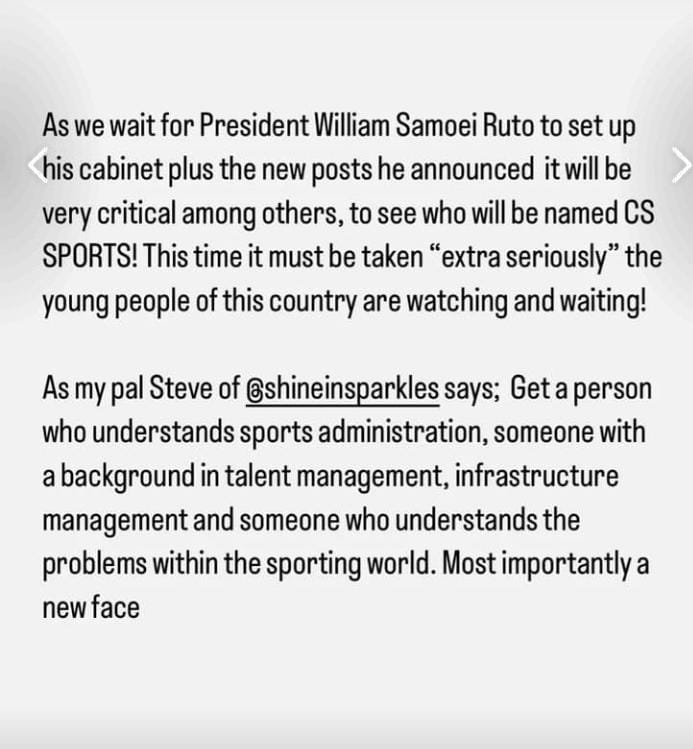 Ruto is facing Herculean task in crafting a cabinet that is representative of the country without reneging on pre-election agreements in the face of pressure to reward loyalists.

The new president is expected to unveil members of his Cabinet within the week after his inauguration on Tuesday September 13, 2022.

Cabinet Secretary slots that is capped at 22, meaning Ruto can only habe at least 22 CSs.

Staff - November 5, 2021 0
Comedian and TV personality MC Jessy is set to join the list of celebrities who are angling for elective posts in the 2022 general...