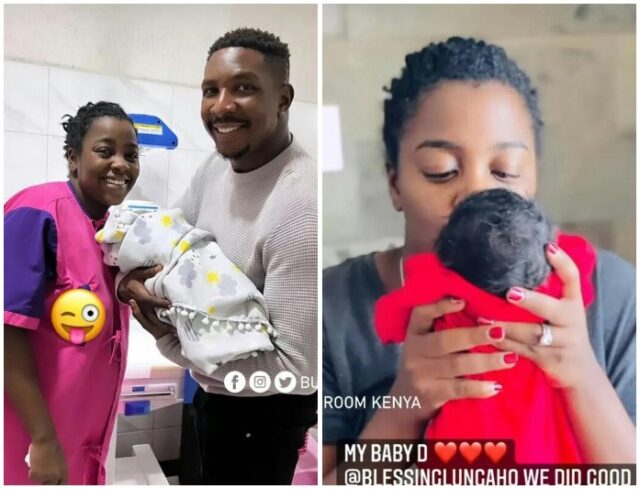 Celebrity couple Jackie Matubia and Blessing Lungaho welcomed their first child together and hid him from the public.

Matubia and Lungaho announced the birth of their son on Monday, June 6, 2022.

“Great news!!! Baby is finally here!!! We give thanks to God for a safe delivery,” she wrote on Instagram.

The former Zora actress has since shared an adorable first photo that gave a partial glimpse of her son’s face. 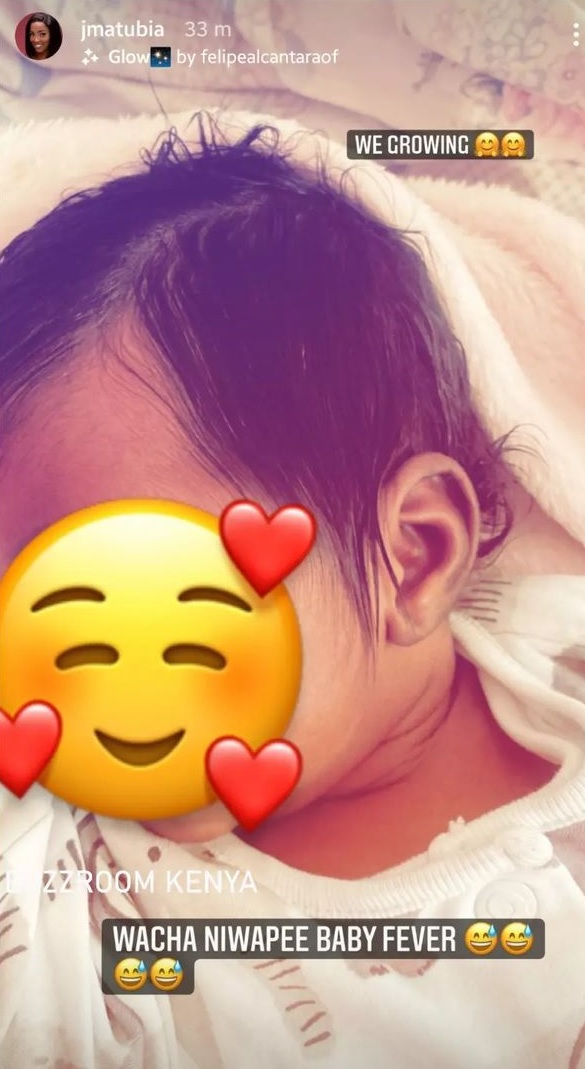 Matubia had earlier revealed that she got pregnant by accident for her fellow Zora costar Blessing Lungaho.

Matubia opened up on getting pregnant for Blessing Lungaho while speaking on her YouTube channel.

The actress revealed that  she didn’t plan to get pregnant and as such only found out that she had been knocked up while experiencing morning sickness.

“I knew I was pregnant at 8 weeks. There is an event I went to and we partied hard. I went backstage and missed a step and fell. When I went to my friends I told them about it and we even laughed about it. The next day I wasn’t feeling well, I even thought I had Covid. I had no appetite, and his cologne was irritating me. I was at a point where I never thought I could be pregnant again,” Jackie Matubia narrated.

Related: Zora Actress Jackie Matubia: I Never Thought I Could Get Pregnant For Blessing Lungaho

Kanze Dena’s Response To A Troll Is Priceless!

Ghanaian Actress Joyce Dzidzor Who Tested Positive For HIV On Live TV Over The...

Why KFCB Is Raising Concern Over Netflix’s Squid Game