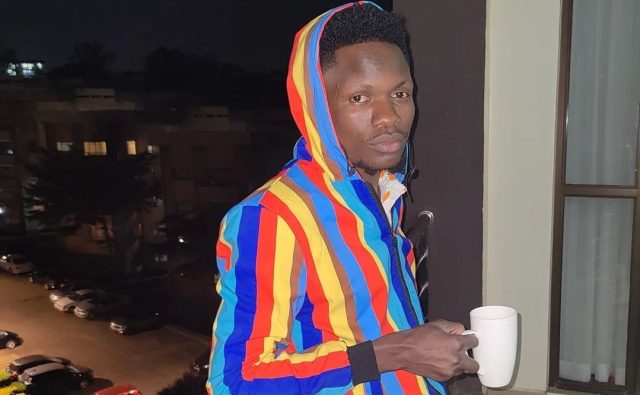 Comedian 2mbili has admitted that his baby mama has been assaulting him for a long time just as it was revealed by his friend Oga Obinna.

In an interview with Ankali Ray, 2mbili however said that he  did not keep quiet about the matter since there are people in his circle who are aware of it.

According to him, he lives separately with the woman in question but she likes bringing chaos in his house forcing him to change houses.

His children, who are always with him,  have also been affected since they have been skipping school while the woman has been blackmailing him.

“The story is very complicated. I am living in a different house after leaving the earlier one fully equipped. She was blackmailing me, she took my documents forcing me to postponed my Tanzanian tour last November, I would have also missed the Qatar trip. I only allowed her in so that she can hand them back,” he said.

2mbili added that his baby mama assaults him because she is jealousy and is filled with hatred.

“I am a public figure. When she gets messages in my phone from women or when she hears that I am working with any woman like Justina [Syokau], Mungai [Eve] she thinks I have an affair with them.

“Sometimes I just feel like being gay is better so that she can be  happy. She is one of the big haters of Obinna,” he said.

2mbili also said that she has scared away his family and they can not be able to pay him a visit.

He further noted that he has not received any help when he reports the violence to the police.

“I have lots of cases at the police station like 6 months ago. The police ask how can a woman beat me,” he said.

Woman Who Blocked Thika Road To Have S3x With Boyfriend In Car Given 14...

“So She Refused My Genuine Car” Consumator Heartbroken As Justina Syokau Turns Down His...

“Am Glad I Scared You Kenyans” Museveni’s Son Says His Dad Warned Him Against...