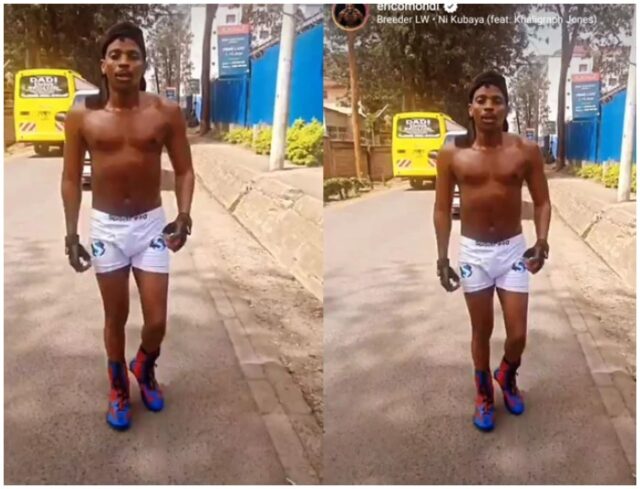 Eric Omondi is accused of making his ‘thing’ look bigger by stuffing his underwear with all sort of material.

The controversial comedian lit up social media after he shared video of himself strolling in the streets of Nairobi while wearing a white boxer only.

Eric was imitating a boxer (athlete) working out as he took to the streets of the capital half naked.

Some social media users claimed that Eric had stuffed things in his underwear that made his manhood look bigger.

See some of the comments below: 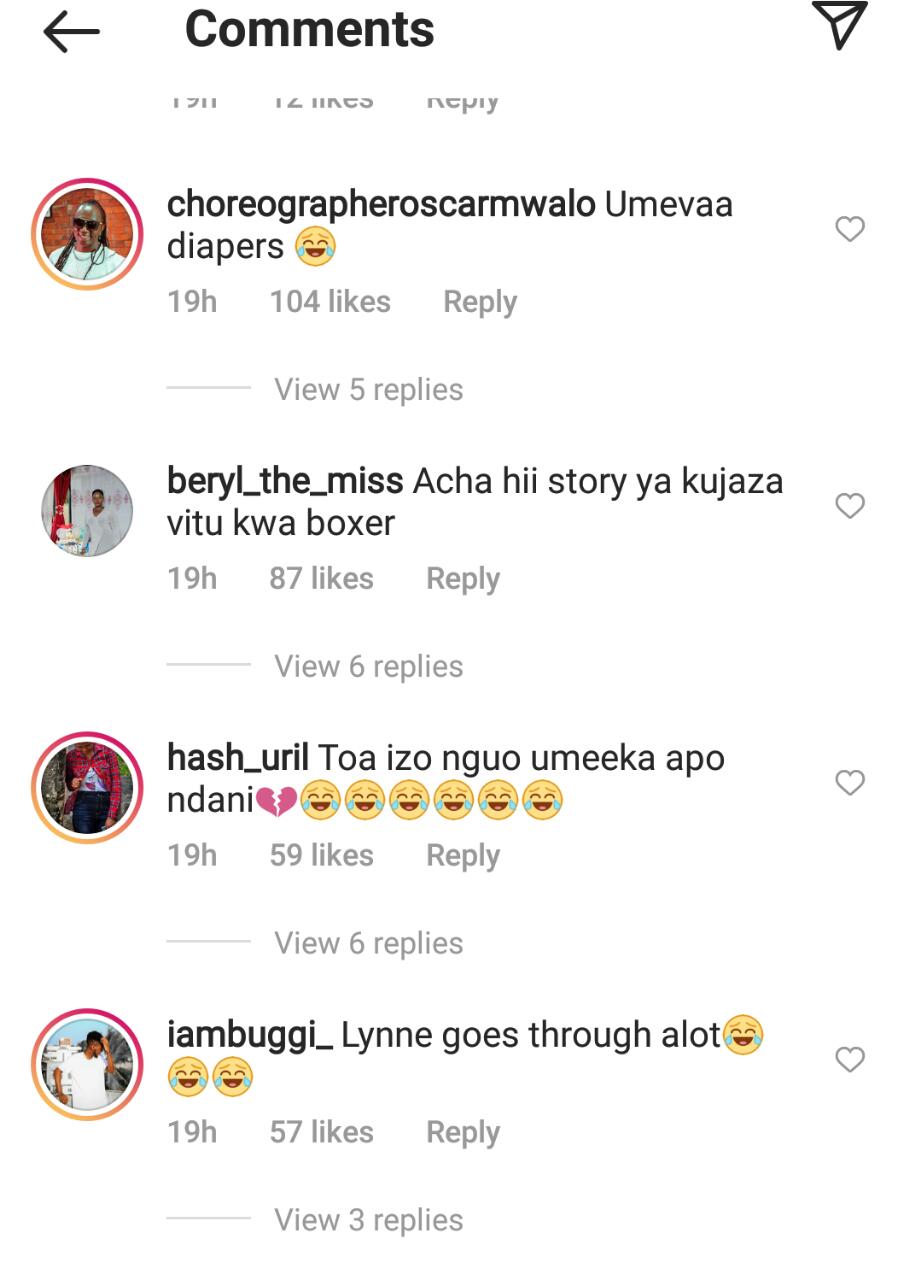 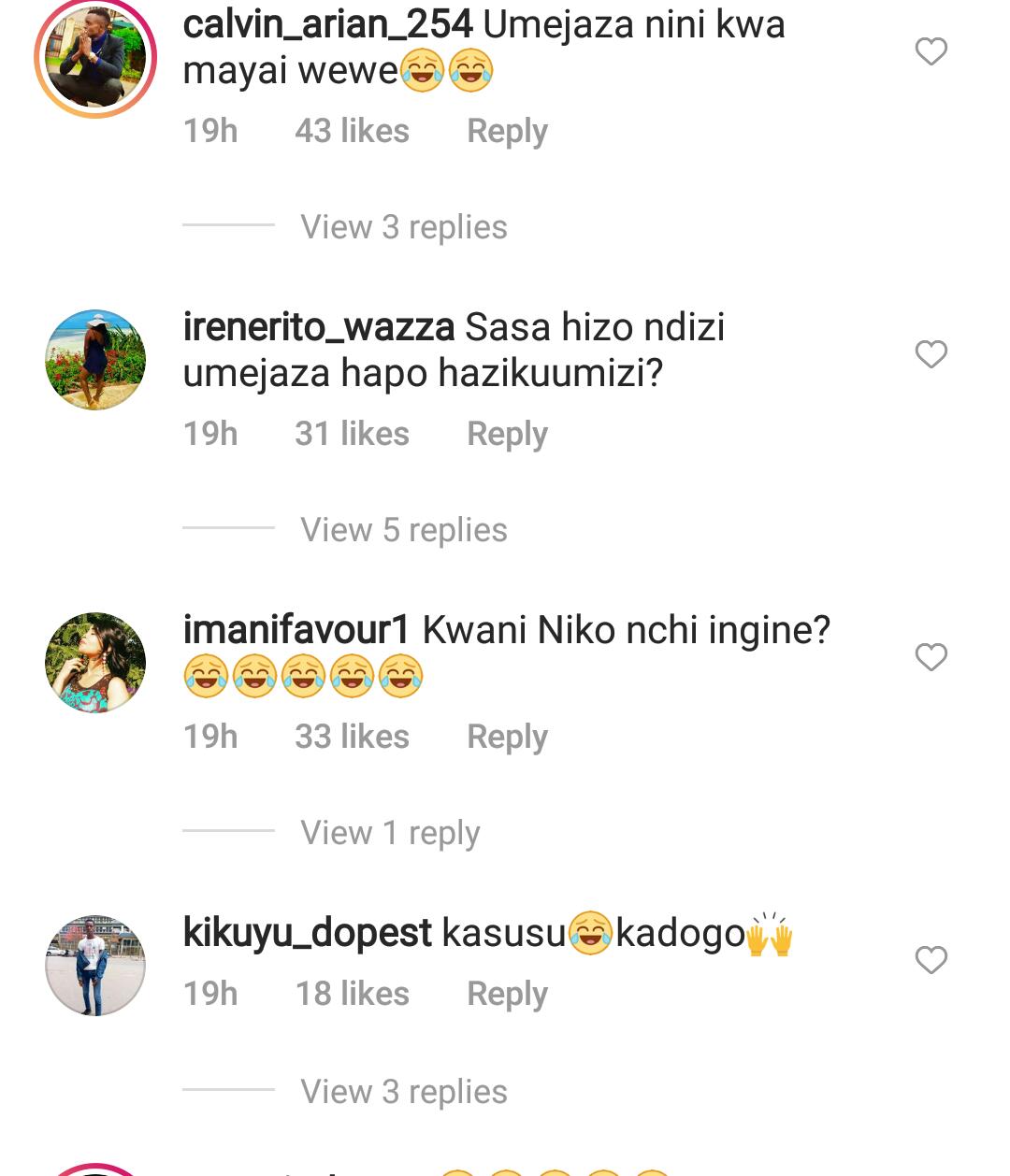 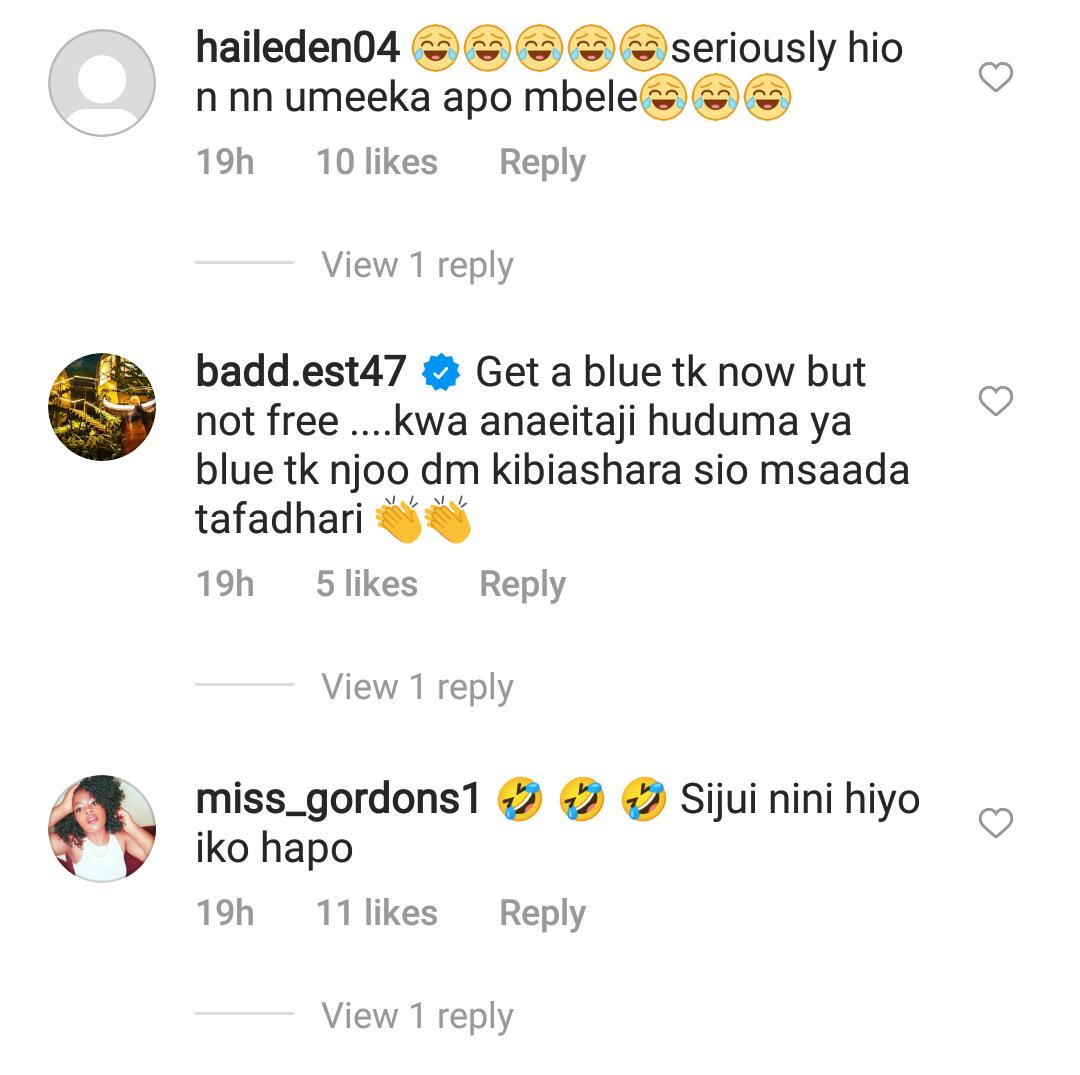