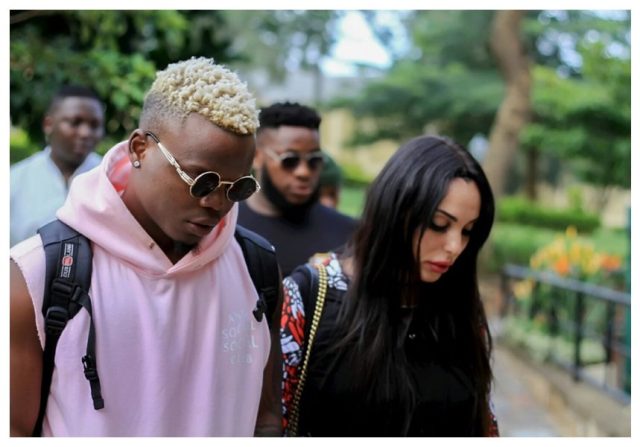 Harmonize and his ex-wife Sarah Michelotti divorce battle in court is turning ugly as the Italian is determined to make her ex hubby pay dearly.

The Bongo singer in a post on social media revealed details of Sarah’s divorce suit as he complained about her demands.

Harmonize revealed that Sarah wants half of his wealth in her divorce suit filed in court.

However, the Bongo singer claimed that he was flat broke by the time Sarah and him were divorcing and as such the Italian shouldn’t demand any money or property from him.

The singer further revealed that her current fiancée Kajala took him in when he  had nothing.