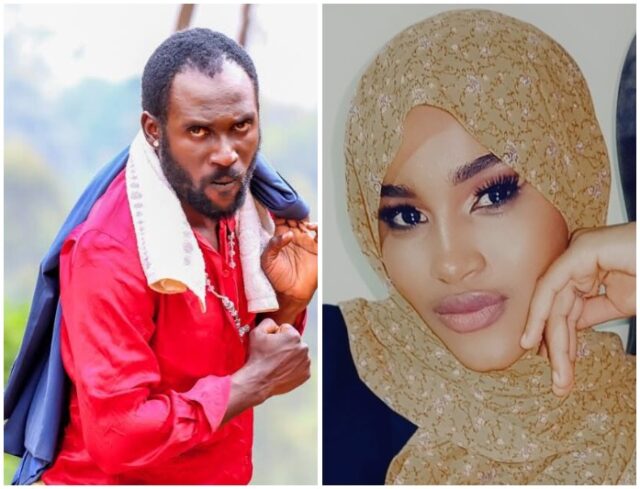 DJ Shiti ex wife Faiza has confirmed the comedian had an extramarital affair with a transgender woman Brandy who exposed him for being gay.

Transgender women/trans women are people who were assigned male at birth because of having male sex organs but when they grow up they identify themselves as women.

Brandy confessed that she had an illicit affair with DJ Shiti. She went on to disclose that she even approached DJ Shiti’s wife and told her about the affair.

Faiza spilled the beans on DJ Shiti on her Instagram account and also while talking to Obare.

She said that Shiti is a deadbeat dad and that he asked her to address the Brandy scandal on his behalf in return to him supporting their daughter Mariam. 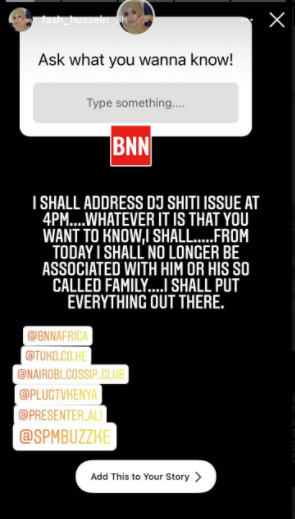 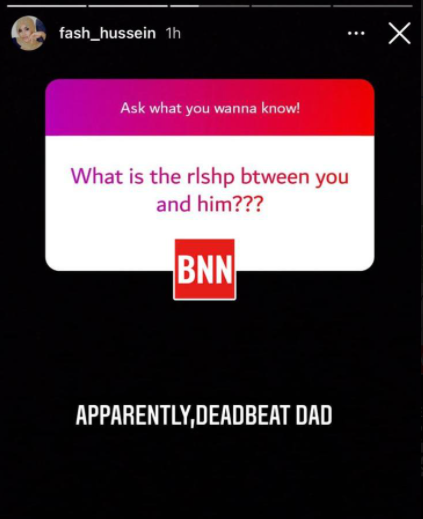 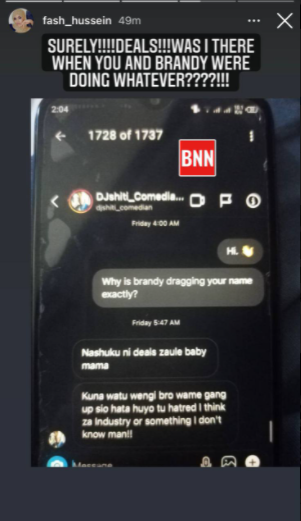 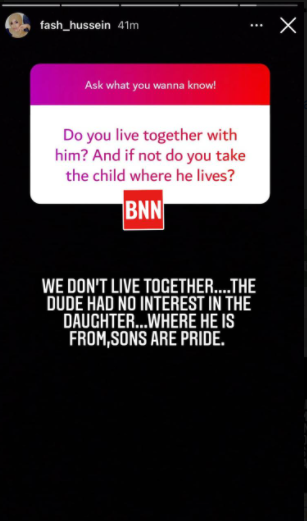 Shiti, whose real name is Stephen Oduor Ndede, even wrote a letter to Faiza pledging to support their daughter if she agreed to his proposal. 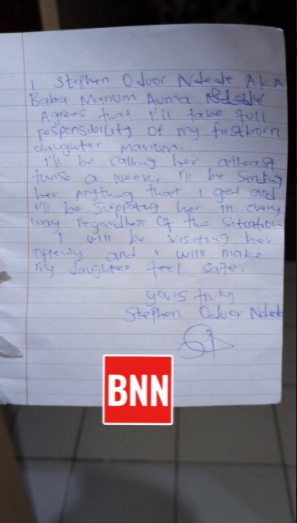 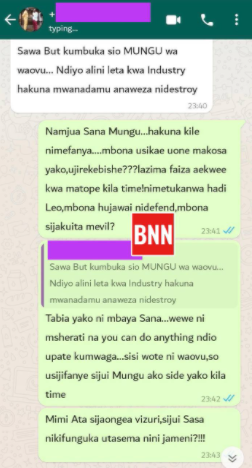 Faiza continued spilling the beans on DJ Shiti’s relationship with transgender Brandy during a video interview with Obare.

“I will tell you who is Brandy now coz I know her. Clearly from whatever she said I know her. Si ati amemuekelea. Now this is what happened… I didn’t know Brandy. Kumbe Brandy and now (I don’t want to say his name) baby daddy they had kathing going. I don’t know they were meeting or they not meeting, I don’t know. But they were having something. So there is this time I think the lady was expecting money from Shiti. Now Shiti sent 300. I think sasa ilimpiss the lady off. Alituma 300, so I think ilimjamisha ikamkasirisha akaamua aweke hii story nje. Like alikua na screenshots na kila kitu,” said Faiza.

Faiza said that he helped Shiti to cover up his gay relationship with Brandy the first time she exposed him.

“So alikua anamuanika. Ashapost kwa Insta yake i did not know. I was at home, my home now because we had parted ways then. Now he is calling me asking me for help. I was like ‘unataka nini?’ Akaniambia that kuna transgender anataka kumuanika that nimsaidie. Akinitumia hio page (Instagram) nkienda kuangalia ni kama alikua na nudes ama alikua na vitu zinaendelea. So I tried to talk to the lady to help now the man, I think I was at one point maybe still stuck, sikua nimemove on but I helped,” Faiza said.

“At the end of the day mi humprotect kila time. Huyu ni mtu mwenye nimeprotect all along. My own family sijawai eka story nje they know. They just know tulipart ways hatukua tunaelewana but sijawai eke story yake. So with him calling me asking for help nkamwambia nitumie number ya Brandy nkampigia nkaongea na Brandy, vizuri sana. Nilimuongelesha, I even lied at one extend nkamuambia ‘I have two kids kindly I wouldn’t want baba mtoto wangu atoke huku nje ati amefanya this and that na pia staki uweke hizo nudes’. So i pleaded with her, made a conference call between me, Brandy and Shiti. Alikua na vitu mingi sana na Shiti. Na sasa Brandy is telling me unaprotect huyu mwanaume na huyu mwanaume at first alikua ananiambia ‘tudelete vitu Instagram ju baby mama anakuanga drama’. Am like ‘nimechoka’. But I still helped. Nilimsaidia tu. Nikamuongelesha I made conference call nkaambia Shiti apologize now to the lady because anafeel offended. Umemtumia 300, try ata kumtumia kitu ya maana so that at least a cool down.”

Faiza explained that Brandy was pissed by Shiti and ultimately decided to expose him because he didnt pay her handsomely after their sexapade.

“I think she is having mental breakdown now and then. Inamtrigger tu because this is not the first time Brandy is putting this story out. It’s only you getting it for the first time. But amefanya mbaka YouTube yote na she gets kunimention I wonder kwa nini. Kwa nini ananitaja I was not there,” she added.

Asked if DJ Shiti is outright gay, Faiza said that the comedian is a sex maniac and sleeps with anything male or female.

To which she replied;

Watch the full interview in the videos below:

Winnie Odinga Savagely Shuts Ruto After He Attacked Raila Saying That He Is Too...