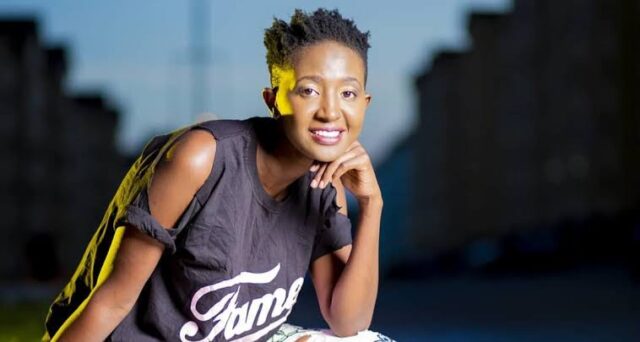 Comedienne Mammito is single and searching after walking out of her relationship because he couldn’t stand the size of her ex’s manhood.

Mammito revealed she was single while speaking during an interview on Kameme TV.

“I do not have a man in my life. I am single and any single man who is interested can hit my DM,” Mammito said.

In January this year, Mammito complained that some African men were carrying too much down there as she revealed that she had walked out of her relationship.

In a video she shared on social media, Mammito expressed utter shock at the size of the man’s ‘transformer’, she said that she was forced to pick her bags and leave because God didn’t build her to handle what she saw.

“Some African men be carrying too much down there. Yeah like ‘sir that’s a 4kg baby that you are carrying, you know’. Like that’s a tax paying human down there, like that’s too much for me, do you pay taxes for that thing? Like uuuuu God has not build me for that so am going to pick my bags and go thank you and have a good day. Too much…” said Mammito.

Esther Passaris Mourns The Death Of Her 79-year-old Father

“Every Woman Has A Price” Obinna Exposes Female Celeb Who Rejected Him When He...