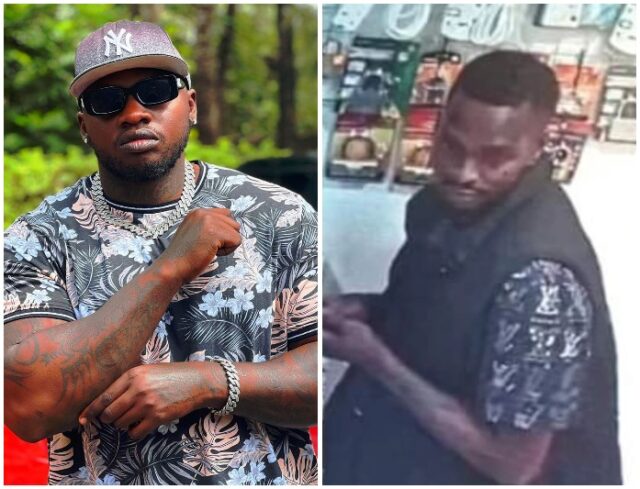 Khaligraph Jones faced off with a critic who questioned his move to parade the key suspect in the Adams market robbery where two traders were shot dead.

Sophia Gathoni and Paul Githinji were killed by the thugs who had targeted M-Pesa agents in the busy market.

CCTV captured the moment 53-year-old Gathoni was shot after she fought off one of the robbers.

A few meters from Gathoni’s shop, the robbers shot dead another trader Paul Githinji who was responding to the distress.

Githinji died on the spot while Gathoni succumbed to gunshot wounds later while receiving treatment at Nairobi Women’s Hospital, which is about 40 meters away from the scene.

Police are using screengrab from CCTV footage that captured the faces of the robbers in their hunt for the two suspects.

Khaligraph Jones decided to aid police in hunting down the two robbers, he shared on social media a photo of one of the thugs involved in the robbery as he urged his fans to help authorities to trace the culprits.

“This is The face Of The Robber who shot dead two innocent people in Nairobi the other day, If You recognize this face kindly report to the nearest Authorities,” Khaligraph captioned his post.

Khaligraph didn’t take it lightly when a critic called him out for ‘snitching’ on the two robbers who shot traders at Adams Market.

The rapper responded angrily likening his critic to a dog, he further questioned if the troll would say he was ‘snitching’ if it was their mother who was shot. 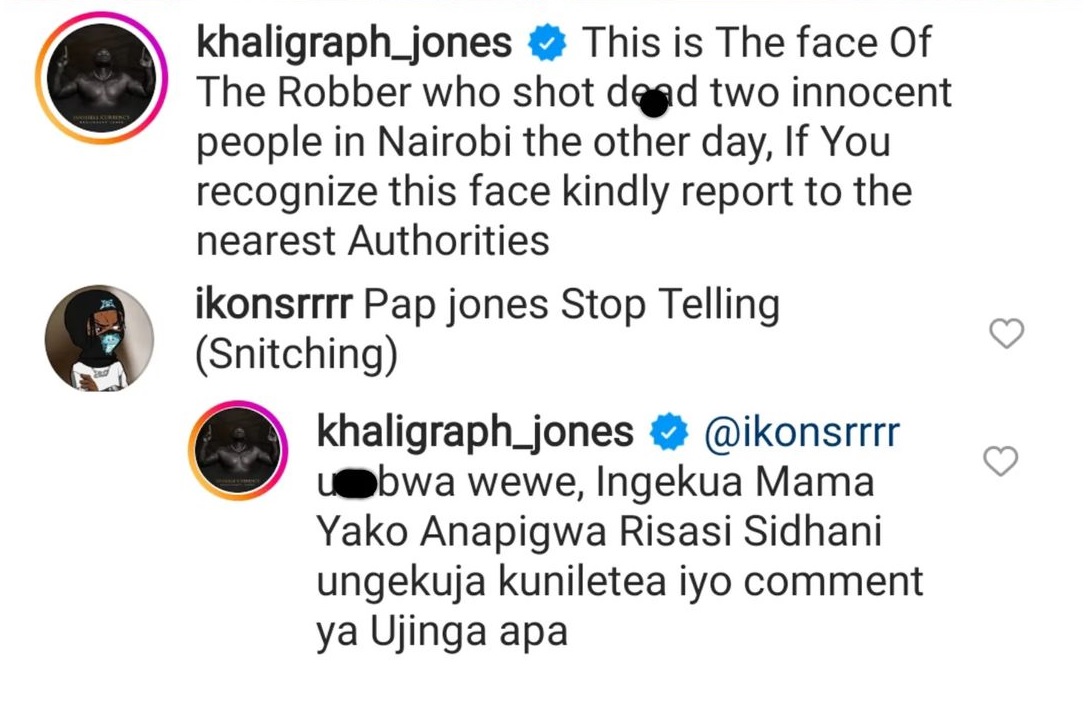 Pastor Jill - April 3, 2022 0
Mchele queen who has been robbing male revelers by spiking drinks in bars across Embakasi area has positively been identified. Theft by spiking is on...