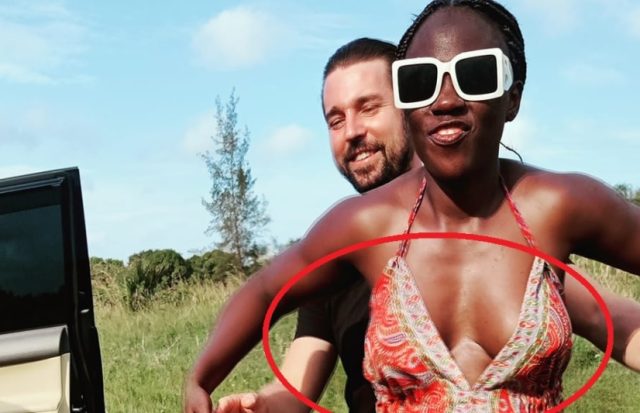 Akothee set tongues wagging when she was seen without any bra while enjoying a road trip with her mzungu fiancé Omondi.

The two lovebirds decided to go for a road trip, driving their newly acquired Toyota Prado.

One of the photos from Akothee’s road trip sent social media into a frenzy. Netizens expressed their excitement on noticing that the singer wasn’t wearing any bra in the photo.

Many people were quick to comment on Akothee’s juicy boobs as her cleavage was very conspicuous in the photo.

Some netizens wondered how Akothee’s avocado-shaped boobs remain erect like 12 O’Clock even though she is thought to have breastfed all of her five children.

Akothee replied jokingly saying that it was for her six child who is yet to be born. 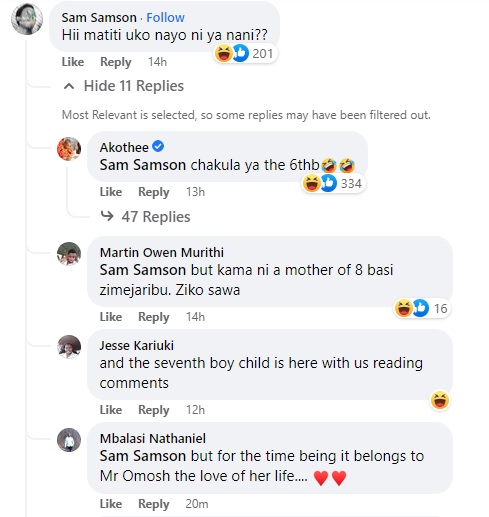 Sometimes in October 2022, Akothee vowed to get pregnant for Omondi at all cost. 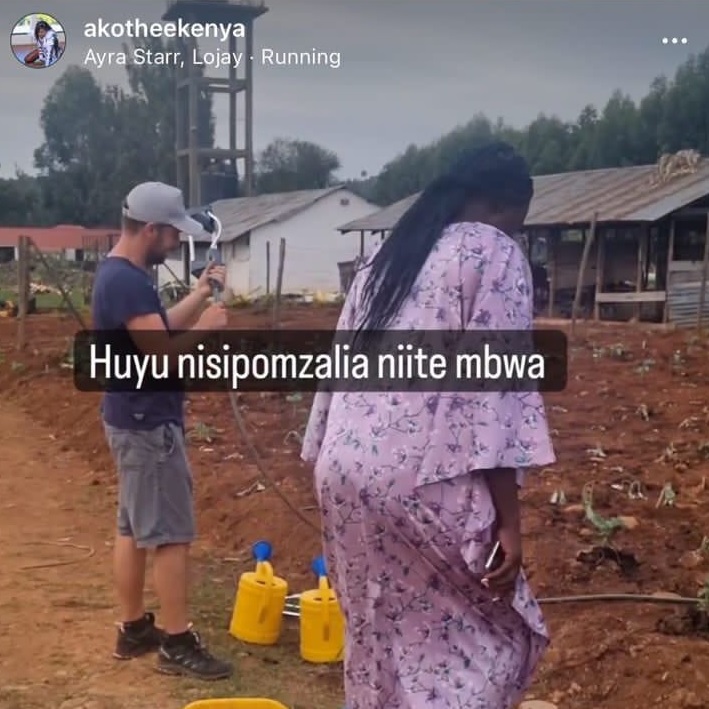 Ben Pol: I Did Not Enjoy My Marriage To Anerlisa, I was There To...