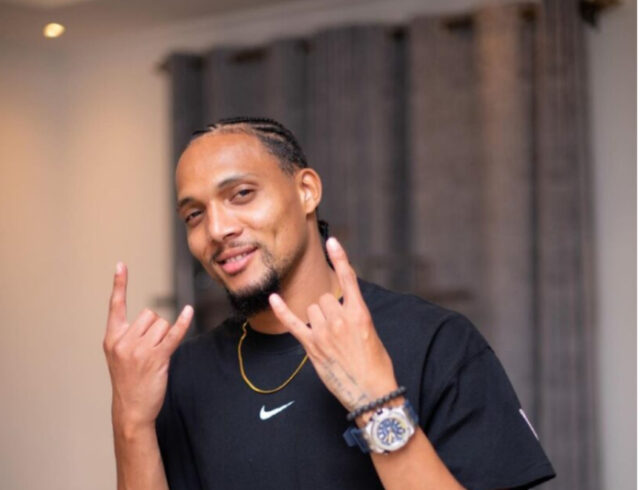 Rappers KRG The Don and Dufla had a nasty encounter with street urchins in Nanyuki that caused the latter to seek medical treatment in a clinic.

KRG took to social media to narrate how the attack happened, saying that he was saving Dufla after he was also attacked.

The rapper said that the street kids grabbed Dufla’s throat and he intervened to save him.

“Machokora wa Nanyuki wako na moto sana weh. They almost removed Dufla’s throat. @dufladiligon shukuru sana I was there to save your weak a** coz right now ungekua hospital,” he wrote. 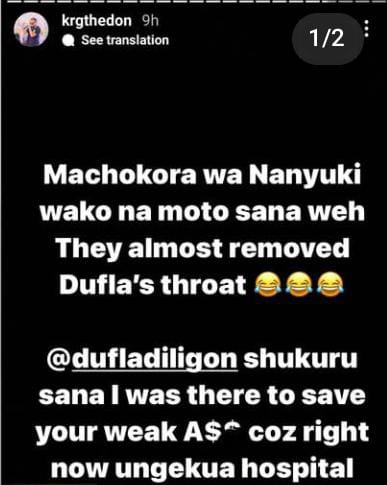 KRG further revealed that the street urchins attacked his hands as he was saving Dufla. 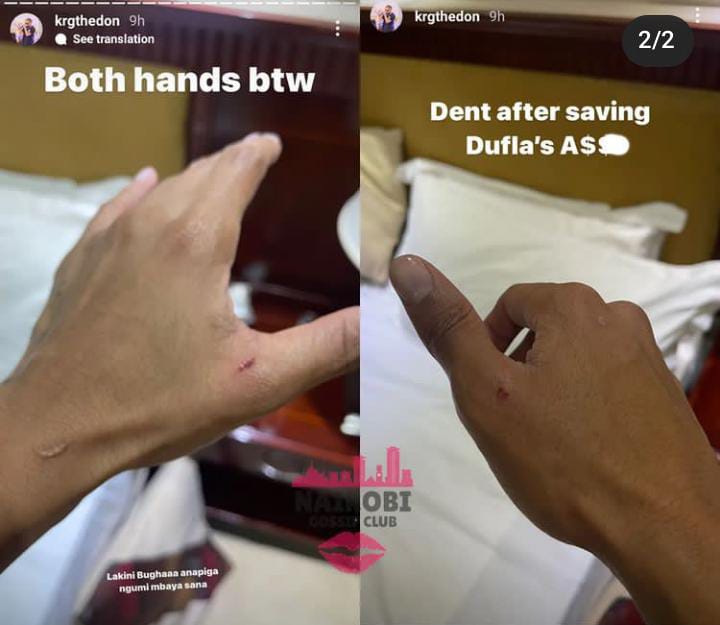 KRG said Dufla was sought treatment at a clinic following the attack.

“WEH….. it was bad actually Dufla ako clinic right now for some check up.”

Related: KRG The Don Comes Clean On Dating Huddah After Their Fling In South Sudan

Ray G - August 2, 2022 0
Sandra Mbuvi, the daughter of former Nairobi governor Mike Sonko, was forced to address claims she is spending her father's loot to finance her...