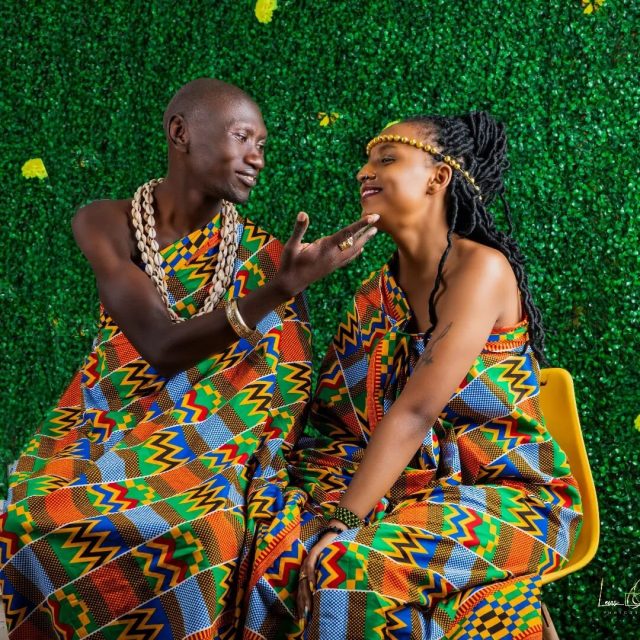 Stevo Simple Boy and his sweetheart Jenny Wangui are taking the internet by storm with their love. The rapper now compares his relationship to that of Harmonize and Kajala Masanja.

Jenny recently uploaded a photo of them hugging and gave advice to her fans that happiness is something to make a decision to have.

He pointed out that together with his musician lover Stevo, they are on their way to the coast to explore the Diani beaches.

Simple Boy, while commenting on Jenny’s post, pointed out that their relationship should now be compared to that of Tanzanian lovers, Harmonize and actress Fridah Kajala Masanja.

Stevo released the wedding song a week ago which showed him marrying Jenny in a mock wedding, a scene similar to the one seen in Harmonize’s new song ‘‘Nitaubeba’ – where he also married Kajala in a mock wedding.

Related: Harmonize And Kajala Rehearse For Their Wedding

Michelle Ntalami: Breaking Up With Makena Njeri Was The Second Most Painful Thing In...